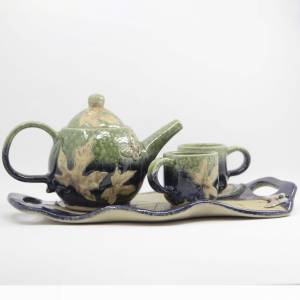 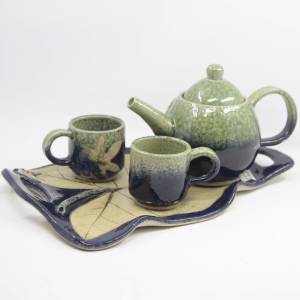 Clay is produced by nature, which is derived from weathering of the earth's crust which is mostly composed of feldspatic rocks, consisting of granite and igneous rocks. The earth's crust consists of elements such as silicon, oxygen, and aluminum. Geothermal activity makes weathering of silica rocks by carbonic acid. then form clay.


Clay or clay has the following characteristics:

》 The land is difficult to absorb water so it is not suitable for use as agricultural land.
》 The texture of the soil tends to be sticky when it is wet and strong together between one grain to another. In a dry state, the soil grains are fragmented smoothly.
》 It is the raw material for making pottery and other handicrafts which in the making must be burned with temperatures above 10000C.

Clay is generally only used for making handicrafts or used to make things like home decorations. But it turns out that Clay has great benefits for body health and skin beauty. Because clay has 67 minerals, such as calcium, iron, magnesium, manganese, potassium, silica and other elements.

The use of clay for health has been carried out by the Indians in the Andes, like Mexican, Aboriginal from Australia, and tribes in Central Africa. It should be noted, that since 4000 years ago Indonesian people have consumed clay to eliminate stomach aches, Tuberculosis Mycobacterium (a disease that eats meat).

The properties of clay include the following:

1. As a medicine for stomach ache. Because clay has substances such as sponges that function as absorbent toxins in the body.

2. As a reduction in pain in the wound. This is due to the nature of the clay which is cool and contains zinc and iron.

4. For beauty, clay is useful for tightening and smoothing the skin. Used as a mask or body scrub.

The Windows Of Indonesia